How is Child Support Calculated?

Basic child support is paid by the non-custodial parent to the custodial parent based upon a percentage of combined parental income under New York’s Child Support Standards Act.

Related: What is Child Custody? [What is the difference between legal and physical custody in Binghamton, NY child custody cases?]

How to Calculate Parental Income in NY Child Support Cases

At present, a presumptive amount of child support will be initially calculated for up to $154,000 of combined parental income (*current as of October 2020; the amount increases annually). This is more or less gross income, before most taxes are deducted and not net income. Only FICA-Social Security and Medicare taxes are actually deducted from income before calculating child support. This results in “Adjusted Gross Income” (AGI) which is used in the following formula:

How Much is a Parent’s Share of Child Support? 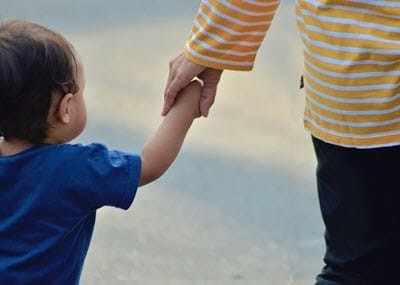 What is the Age for Terminating Child Support?

Child support in New York is payable up until age twenty-one. Many residents in Binghamton mistakenly believe that child support ends at eighteen. It only ends at an age below twenty-one if a child has become emancipated, such as being self supporting, or in certain other exceptional circumstances.

Does a Non-Custodial Parent's Debt Reduce the Child Support Obligation?

Many payors also think that their large debts will reduce the amount of their child support obligation. They do not. The New York Child Support Standards Act formula is driven by gross income, not expenses. The assumption in New York is that the support of children should be a parent’s number one priority.

What if the Payor Doesn’t Earn a Regular Paycheck or is Self-Employed?

If the non-custodial parent does not earn a regular paycheck, sometimes it is difficult to determine what his/her income actually is. For example, if the party is self-employed there may be benefits or personal expenses that are actually paid by the business, which in effect is “hidden” income. In complicated cases the assistance of a forensic accountant can be helpful to determine the amount of hidden income.

Is the Formula for Child Support Always Applied?

Another complicated situation is where the parties either share custody or have a split custody arrangement. In a shared custody arrangement, where each party has the children on approximately a fifty-fifty percent basis, in the Binghamton and Ithaca area of New York the higher income parent is deemed to be the non-custodial parent. That parent will then pay child support to the lower income parent. Sometimes parties have a split custody arrangement where one parent has primary custody of one child and the other parent has primary custody of another child. In these cases, Upstate NY courts will often determine each parent’s obligation for the child in the other parent’s household and then the respective obligations will be netted out.

Can the Child Support Order be Changed?

In Binghamton area child support cases, Child Support Orders can be modified when there is a substantial change in circumstances, such as changes in the parties’ custodial arrangements. Additionally, child support orders are modifiable after three years have passed since the last Order was made or adjusted, or when there has been a change in either party’s gross income by 15% or more since the previous Order.

The family law attorneys at Levene Gouldin & Thompson can help you evaluate your child support case and offer you guidance and assistance, either in settling child support issues by agreement or representing you in the proper court.